The World OER Congress took place on Wednesday 20 – Friday 22 June, 2012 in UNESCO HQ, Paris, France. The aims of the Congress were to:

·         Release the 2012 Paris Declaration calling on Governments to support the development and use of OER.

The Congress brought together over 400 Ministers of Education/Human Resource Development, senior policy makers, expert practitioners, researchers and relevant stakeholders to discuss what works and what won’t work, and to agree on a Declaration with a set of targets for a 2015 World Conference.
The World OER Congress was organised as a 2-stream event:

1.   An official component from Wednesday 20 – Friday 22 June by UNESCO Member States with open participation of other stakeholders which resulted in the adoption of the 2012 Paris OER Declaration,  and

2.  An Open Seminar and Exhibition (OSE) of OER practices and initiatives from Thursday 21 – Friday 22 June, which was open to all OER experts (governmental and non-governmental delegates) and provided an opportunity to civil society organisations, academia, and individual experts to present on their OER initiatives. A Poster Exhibition took place in Salle des pas Perdue. The Open Seminar and Exhibition was organised in cooperation with OER Africa 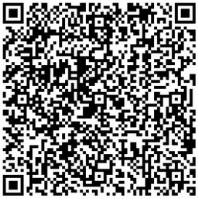